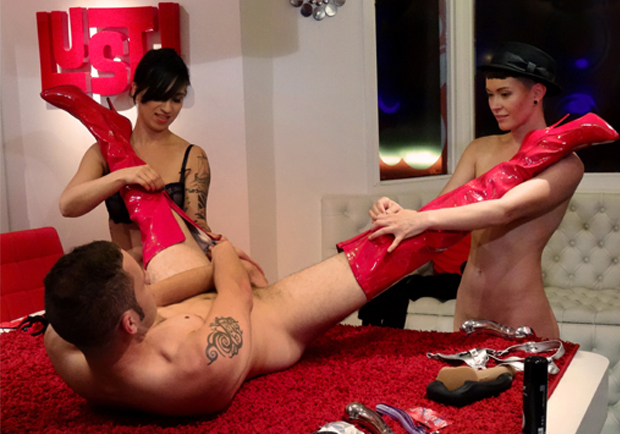 A dazzling array of talent from today’s adult cinema, working in a wide range of genres and visual styles, steps up with a hot sampling of their recent creative endeavors.

Directed by Creamy Coconut, 2014, USA, 11 minutes. Carmen and Gwyndolyn order up a bag of dicks, and little does Corbin know what’s in store for him when he makes the delivery. When the dicks are turned, he gets a Mandarin lesson he won’t soon forget.

Directed by Alyx Fox, 2014, USA, 14 minutes; with Audrey Fox.
When Audrey shows up for a cleaning job, Alyx, the new boss, is more demanding than expected. Incompetence will not be tolerated.